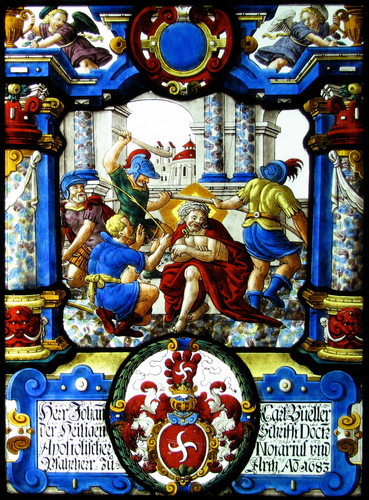 The glass-painter Adam Zumbach the Younger from Zug learned his craft from Michael IV Müller (1627–1682), and appears as a glass-painter of the Brotherhood of St Luke (the painters’ guild) in 1668, when he was only seventeen years old.

He left behind a considerable output, with works often signed with his full name, providing a good basis for stylistic comparisons. In addition to numerous individual panels, which today may be found in many private and public collections, Zumbach also created several series of panels, like that for the chapel in Rekingen (Aargau canton) and the Chapel of Our Lady of Sorrows in Schwyz (Schwyz canton)