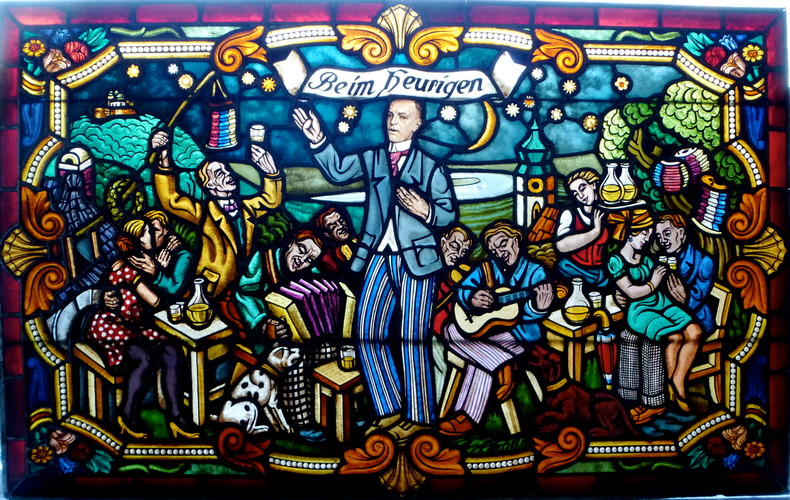 The founding of the Geyling glass-painting workshop in 1841 in Vienna goes back to the Austrian glass-painter and landscape painter Carl Geyling (1814–1880). After the latter’s death, his nephew Rudolf (1839–1904) took over the workshop and subsequently signed works ‘Carl Geyling’s Erben’ (‘Carl Geyling’s Heirs’). During Rudolf’s twenty-year directorship, the workshop blossomed and reached its heyday, with numerous commissions nationally and internationally for churches and secular buildings. Particularly deserving of notice are the many artistic glazing schemes created for private apartments and houses in Vienna, which responded to the new hunger for light after the dark years of historicism, by providing wonderfully elegant, often floral decoration for window openings.