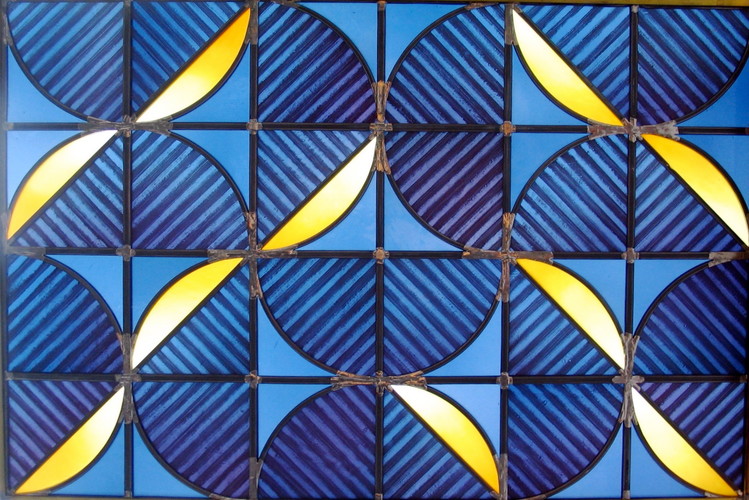 Together with Wilhelm Buschulte, Joachim Klos, Georg Meistermann, Ludwig Schaffrath, Hubert Spierling, Johannes Schreiter, and Hans Gottfried von Stockhausen, Jochem Poensgen belongs to the first rank of German glass-painters afters the Second World War. In collaboration with his colleagues, he contributed to the reconstruction of Germany’s many destroyed churches, bringing them to new life by drawing on a deep well of empathy and a strong sensibility for colour and light. Yet art glass was another of his focuses.

Among his chief works is the glazing of the late Romanesque Premonstratensian abbey church at Jerichow (Sachsen-Anhalt), between Stendal and Genthin on the Elbe-Havel Canal, which he furnished with sixty-four windows.