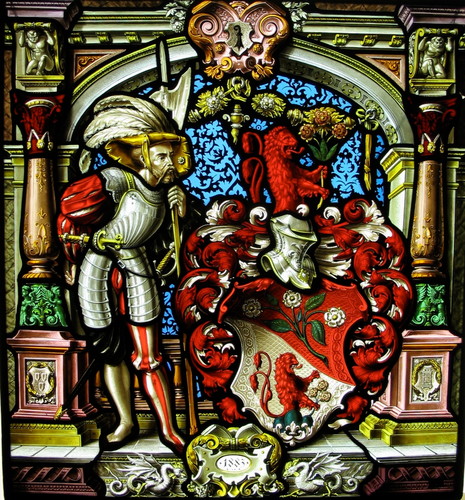 Jakob Kuhn came from Krummenau (St. Gallen canton) to Basel in 1871, and settled there as a glass-painter. Anne Nagel and Hortensia von Roda describe him in their book on Basel glass-painting between 1830 and 1930 as multi-talented and productive. He created a large number of coloured glazing schemes for inns and restaurants, as well as for numerous churches in Alsace and Switzterland (for example, the Dominican Church and the Church of St Theodore in Basel). He was also active as a restorer.

After Kuhn’s death, the workshop was run for several years by his widow, Emilie Kuhn-Helmle, until direction was taken on by their younger son Max (b.1879).