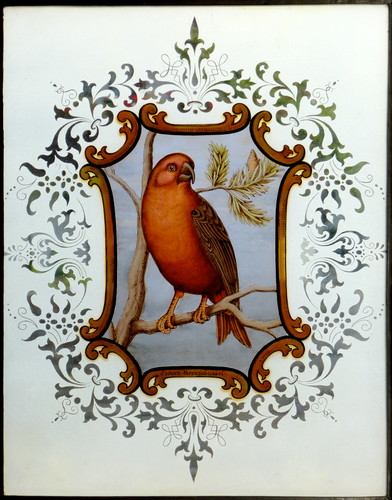 Karl Ludwig Herion (known as Louis) was born to an emigré French family in 1858, in Schönau near Heidelberg. Attracted by historicizing Swiss glass-painting, he moved to Zurich, where he worked in the stained-glass studio of Karl Wehrli before setting up his own studio in the Albisrieden district of Zurich and beginning to work indipendently. He worked as a restorer for the Schweizerisches Nationalmuseum (Swiss National Museum) for twelve years.
Original works by him may be found in Switzerland - in St. Andreas Castle in Cham (Zug canton), the Historisches Museum (Historical museum) in St. Gallen (St. Gallen canton), the town hall in Davos (Graubünden canton) - and various private collections. He died in Zurich in 1934.