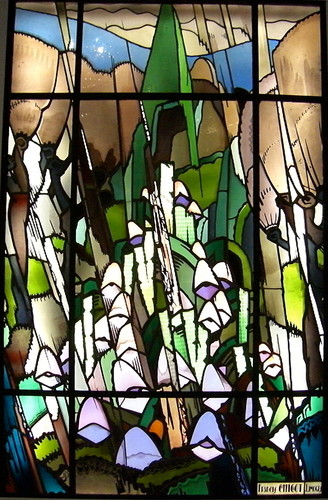 In 1930/31 Francis Chigot executed a great number of the windows in the Notre Dame Church in Montréal.