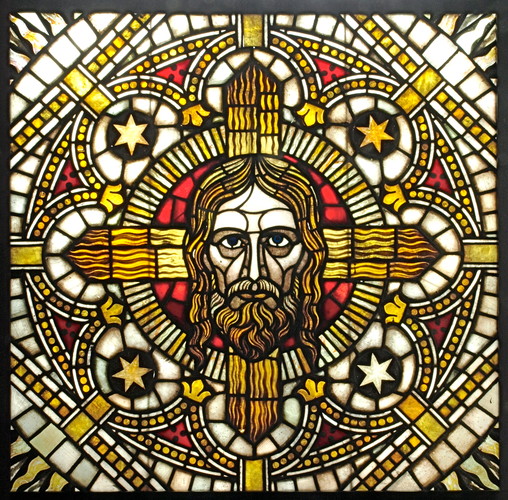 Fritz Adolf Becker trained as a lithographer in his home region of Pomerania on the Baltic, and shortly after that studied at the teaching institute of the Kunstgewerbemuseum (Arts and Crafts Museum) in Berlin, and at the Hochschule für Bildende Künste (College for Fine Arts) under Emil Döpler the Younger, Max Seeliger, and Ludwig Meyn. From 1905, he taught painting at the Kunstgewerbemuseum, and later also at the Vereinigte Kunstschulen (Combined Art Schools) in Berlin-Charlottenburg. A fruitful collaboration with the firm of Puhl & Wagner began in 1906, when he took over direction of the glass-painting section. Becker designed numerous windows and mosaics for churches, banks, cafés and department stores, both in Germany and the USA.